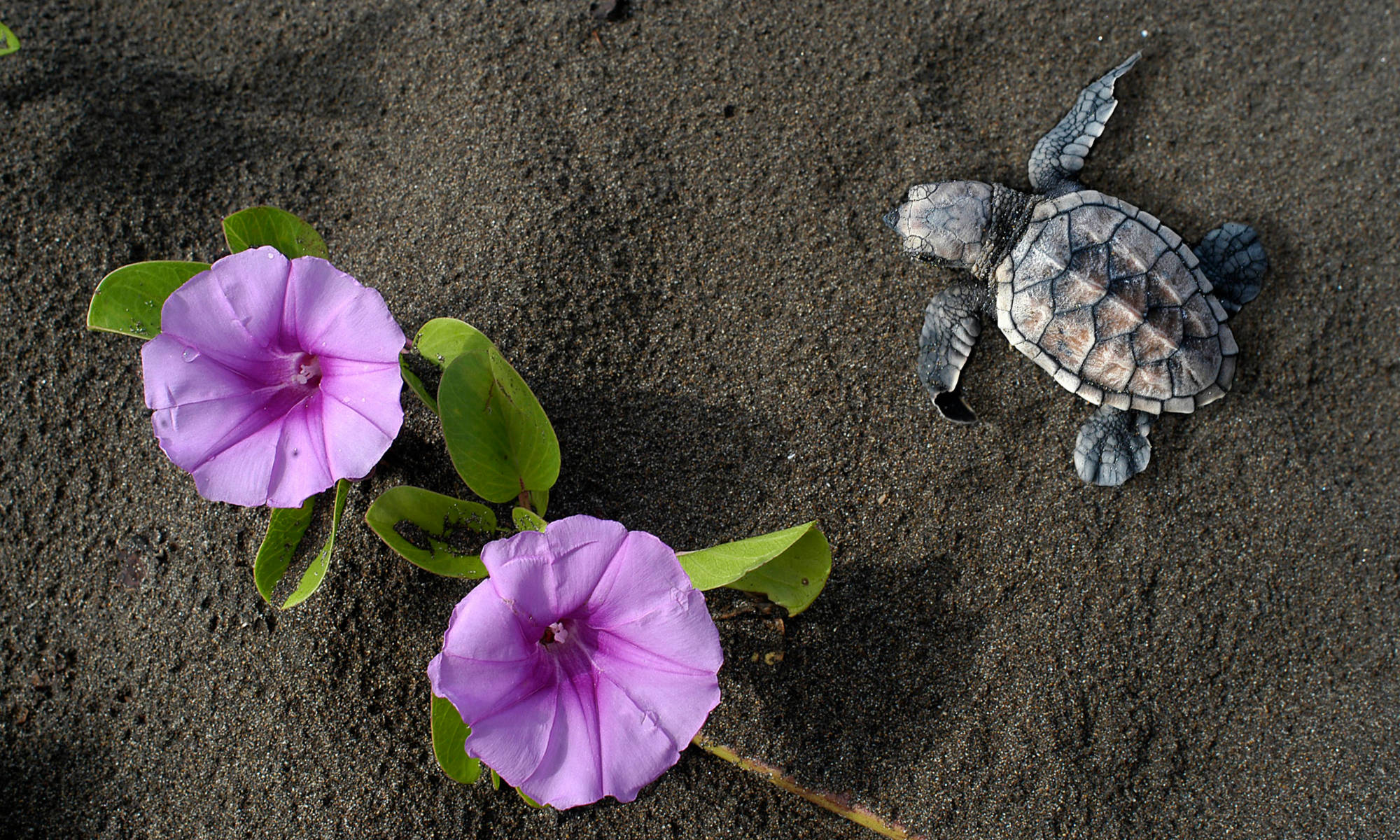 KUEMAR is a non-profit organisation which promotes conservation of marine turtles through research, outreach and voluntary work. KUEMAR was founded in 2013 by two Costa Rican biologists who have been carrying out research on marine turtles, together with other conservationists, since 1994. KUEMAR is currently continuing this research in Guanacaste, Costa Rica.

WHAT DO WE DO?

KUEMAR has established a permanent research project which studies the biology of marine turtles on nesting beaches. KUEMAR research assistants patrol the beaches every night in order to find turtles, collect scientific data and protect nests and eggs from poaching and nesting disruption.

Through outreach activities, KUEMAR increases the awareness concerning the importance and the threats to marine turtles and the preservation of their coastal marine habitat. Students, tourists and local town inhabitants are the target audience, in order to enable them to recognise how marine turtles provide benefits to marine ecosystems and the local communities.

Through volunteering, KUEMAR offers an opportunity for local, national and international volunteers to participate in beach patrols, the collection of data, the monitoring of sand temperatures and in outreach activities. Volunteers are fundamental to the project and their support is essential in order to reach conservation objectives.

In 1994, a group of friends, biology students from the National University of Costa Rica, started the conservation and protection project for sea turtles at Langosta Beach, one of the three sea turtle nesting beaches forming Las Baulas Marine National Park, which formerly focused on monitoring the Leatherback sea turtle (Dermochelys coriacea) nesting ecology. Furthermore, other sea turtles such as the Green/Black sea turtle (Chelonia mydas a.), Olive Ridley (Lepidochelys olivacea) and Hawksbill (Eretmochelys imbricata) nesting activity was protected and included in the monitoring. Scientific data from the project has been published in peer-reviewed journals as well. Since 1994, 7 different research projects were executed in fulfilment of several degrees: 3 for Bachelor’s, 3 for Licenciatura and 1 for a Master’s on Marine and Coastal Sciences.

In 2002, the first conservation efforts took place when sporadic patrols were made in order to collect data about the nesting events of Green/Black sea turtle at Nombre de Jesús and Zapotillal beaches. However, it was only since 2006, that nesting monitoring was performed on a regular basis and for a longer period throughout the night. It was then possible to achieve a permanent research and protection project, which is very important to reveal more information about sea turtle populations, and to eradicate one of the most threatening activities for sea turtles: egg poaching for use as food. Currently, these beaches are considered to be amongst the most important nesting sites for Green/Black sea turtles on the Pacific coast of Costa Rica and are some of the most relevant on the Tropical Eastern Pacific coast. Some of the data is included in the Costa Rican national report for the Interamerican Convention for Sea turtles Protection and Conservation.

This project is led by recognized and experienced marine biologists, two knowledgeable sea turtles field assistants and one person in charge of meals and the kitchen. This team is supported by local and international volunteers, who collaborate to achieve the proposed conservation objectives which are as follows.

MISSION:
This is an organization that promotes the conservation and the protection of sea turtles through means of research, outreach and voluntary work.

VISION:
We are a leading organization in the research and conservation of sea turtles, whose efforts are developed jointly between different actors of civil society and state institutions. At the same time, we promote a positive impact on human well-being and populations of sea turtles which maintain their ecological functions and the critical habitats on which they depend, and in sound and sustainably managed conditions.